Christmas is regarded as the most important and devoted festival in the Christian religion. It marks the birth anniversary of Jesus Christ and hence, is commemorated across the globe with much splendor and grandeur. Celebrated on 25th December every year, people mark this holy occasion by following different rituals and customs. Decorating homes, embellishing trees, exchanging greetings and presents, making luscious delicacies, forming native scenes, and attending midnight mass are just a few to name. Considering these traditions, most of them have pagan origins. As such, many superstitions are linked with each ritual practiced on this festival.

Surprisingly, of all the holidays, Christmas is a holiday that is highly steeped in superstitions, probably, even more than Halloween. But shockingly none of the superstitions are revealed during the festivities. They have been cleverly wrapped over the years giving them the appearance of only age-old traditions. Nonetheless, while some rituals and customs are termed to be good omens, others are considered as ill omens. 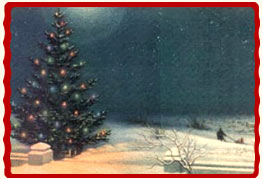 For your knowledge, this section highlights some superstitions surrounding the holy festival of Christmas. Read on and educate yourself and your loved ones.

Christmas is related to the birth of Christ and hence, Christianity. But many of its traditions have pagan origins. Thus, it has many superstitions and religious beliefs that are used for divinations and future predictions related to it. Many things and activities are classified as good omens and ill omens for the coming year on this day. Here we have brought some of the most common ones for you.

Cakes & Pies Superstitions
When we think of Christmas, we think of Santa Claus, gifts and lots of mouthwatering sweets. When one thinks of superstitions, one's mind quickly wanders to the black cat. Indeed, linking Christmas with superstitions is quite a task, but these superstitions date back to pagan eras and can't be messed with!

Christmas Decorations
An age old custom, Christmas decoration starts on November 1st every year, a day after Halloween celebrations. While pine green (evergreen), snow white, and heart red are the traditional colors of Christmas, the emblematic icons of the festival include Santa Claus, Baby Jesus, Jingle Bells and the star of Bethlehem.

Christmas Divinations
Christmas Day is considered to be the most important and significant day in Christian calendar. Falling on the twenty fifth day of December, every years, Christians across the globe rejoices the birth of Jesus Christ. The festival is celebrated as a secular holiday throughout the world with high spirits.

Chistmas Greenery
Use of Christmas greenery for the decorations during Christmas celebrations is an ancient and beautiful custom followed around the world. Holly, Ivy and Mistletoe and Christmas tree are the key greeneries without which it is hard to imagine Christmas decorations.

Holly & Ivy Superstitions
Holly and ivy have a great significance since the pagan time when even the Christianity wasn't there. Holly and ivy leaves are evergreen, and as such were used at that time as decorations to celebrate the Winter Solstice festival and to appreciate the new growth to come.

Mistletoe Superstitions
Mistletoe is a well-known aerial parasitic plant that grows on the branches or trunk of other trees. Most often associated with the holy Christmas, the tradition of using mistletoe in decorations has been there since the pagan times, when they used to decorate their home during winter solstice. Mistletoe was basically used,

Others Christmas Superstitions
Christmas is the biggest festival of Christians, celebrated with full spirit and merriment around the world. Falling on the 25th of December every year, it symbolizes the birth of Jesus Christ. There are many rituals and customs related to Christmas celebration based on various ethnicities and ideologies.

Shoes Superstitions
Christmas is the time for celebration and festivity all around the world. Exchanging gifts, X-Mas cards, offering holy prayers and merry making are the integral part of Christmas celebrations. This holy festival is celebrated on a grand level on 25th of December every year, around the world. However, preparations for the same start days in advance.

Yule Log Superstitions
Burning Yule log is an ancient ritual which was originally a Nordic tradition and also a name of winter solstice festival celebrated in some parts of northern Europe. Later in the fourth century AD, when Christmas celebrations came into existence, the Yule log tradition continued relating fire with the light of great Savior.